HONOLULU (22-Nov) — Matthew Centrowitz, the 2016 Olympic 1500m gold
medalist, and Heather MacLean, the 2022 USA Track & Field 1500m indoor
champion, lead a world class field for the sixth edition of the Kalakaua
Merrie Mile on Saturday, December 10 here, the warm-up event for the
50th anniversary of the Honolulu Marathon on Sunday, December 11.  Both
athletes will be running the flat, out-and-back mile route on Kalakaua
Avenue adjacent to world famous Waikiki Beach for the first time.

Centrowitz, 33, who grew up playing soccer in Maryland before having a
stellar athletics career at the University of Oregon where he won the
NCAA 1500m title in 2011, has been getting back into shape after
undergoing knee surgery last May to fix a torn meniscus.  He spent the
summer doing rehab exercises, like pool and anti-gravity treadmill
running, and gradually got back to regular training this fall.  The
Merrie Mile will be his first high-level competition since his surgery.

“I’m looking forward to my first race in Hawaii at the Kalakaua Merrie
Mile,” said Centrowitz, who has won five USATF 1500m outdoor titles.  “I
am still working my way back to fitness after surgery in the summer and
hope this will be another step forward for me.”

MacLean, 27, who grew up in Peabody, Mass., and competed for the
University of Massachusetts during her collegiate career, had a
breakthrough year in 2021, finishing third in the 1500m at the USA
Olympic Team Trials in Eugene, Ore.  In the Tokyo Olympics she advanced
to the semi-finals where she finished 12th in her heat. She closed out
her 2022 track season with a series of fast 1500m races, including two
sub-4:00 performances in Monaco (3:58.89) and Brussels (3:58.76).  She
is the seventh-fastest American 1500m runner of all time according to
Track & Field News.

“I’m excited and honored to be racing my first-ever Merrie Mile in one
of the most beautiful places on earth,” said MacLean, who is coached by
1996 Olympian Mark Coogan.  “Thank you to the Honolulu Marathon for
hosting such an amazing weekend of events.”

In all, 19 athletes will compete in the Merrie Mile’s professional
division which features a sex-based gender challenge.  Athletes running
in the female division will head off first, and 27 seconds later the
male athletes will give chase.  Prize money is based on the overall
order of finish for all athletes.

On the men’s side, Centrowitz will be challenged by 2019 USATF 1500m
champion Craig Engels, 2021 USATF 5-K road running champion Drew Hunter,
USA high school 1500m record holder Hobbs Kessler, and 2022 European
Championships and Commonwealth Games 1500m finalist Neil Gourley of
Great Britain among others.  In the women’s division, 2021 NCAA 1500m
champion Sage Hurta should be in the thick of the fight, along with 2021
USATF 5-K road running champion Weini Kelati, and two-time Fifth Avenue
Mile runner-up Nikki Hiltz.  Hiltz identifies as non-binary, but will be
competing in the professional women’s division in accordance with USATF
rules.

The complete professional fields are posted here with photos and short
bios:

The Merrie Mile was not held in 2020 due to the pandemic, and in 2021
there was no professional division.  Everyone in Honolulu is excited
about the return of top-level athletes to this year’s race which will
also feature an open field of about 2,500 athletes who will run before
the pros then can stay to cheer their favorite runners.

“We are excited to bring back the professional division of the Kalakaua
Merrie Mile on December 10,” said Dr. Jim Barahal, the president of the
Honolulu Marathon Association.  “It is our deepest and most
internationally accomplished field yet. With 10 men chasing 8 women, who
have a 27-second head start, it should an incredible race to the finish
line.”

The Kalakaua Merrie Mile is the first of three events of the 50th
anniversary Honolulu Marathon weekend.  The mile kicks things off on
Saturday morning at 7:00 a.m., then on Sunday both the Honolulu Marathon
and Start to Park 10-K will begin at 5:00 a.m.  An announcement on the
professional field for the marathon will follow in the coming days. 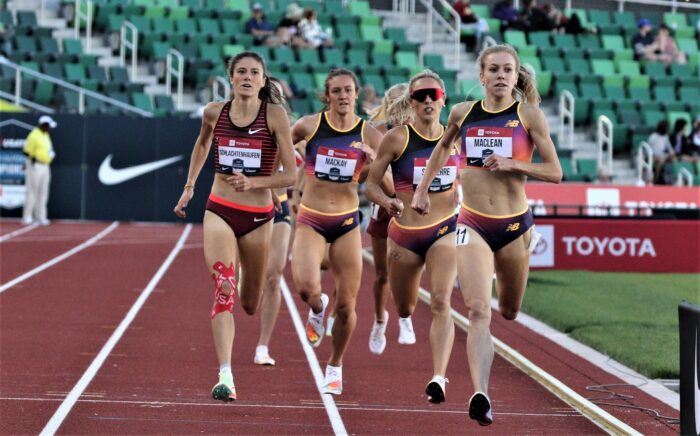 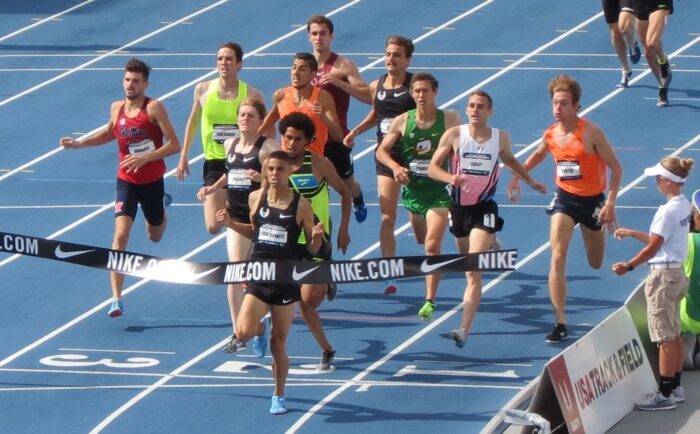