The first Honolulu Marathon was held in 1973 with 151 finishers.
Duncan Macdonald won the race, and below is the race report from the Honolulu Advertiser. 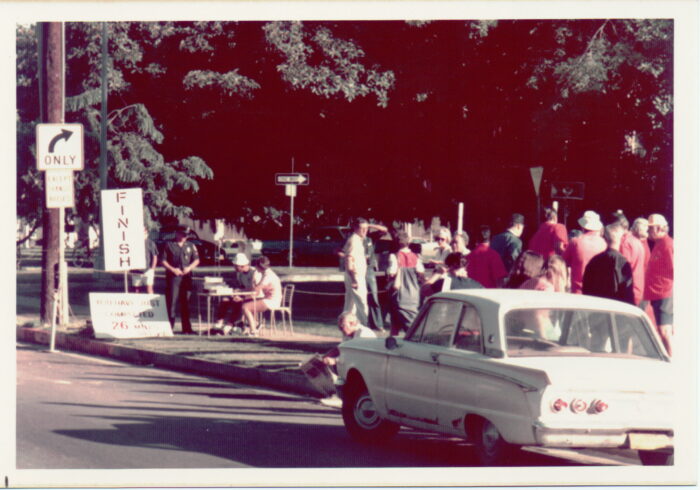 A 24-year-old University of Hawaii medical student, Duncan Macdonald, took time out from studying to win the first annual Honolulu Marathon yesterday. Macdonald was one of 167 runners – ranging from 8 to 58 years of age – who got up before dawn to compete in the grueling 26-mile, 385-yard race that will become an annual event with the hopes of someday rivaling the famed Boston Marathon. And sooner or later, 151 of them finished it. Macdonald, a former Kailua High and Stanford University distance runner, crossed the finish line in 2 hours, 27 minutes, 34.8 seconds, just breaking the State marathon record of 2:27:47 set in 1963 by Harold Cole. It was a decisive victory – runner-up Winfield Stanforth of the Army finished approximately a mile behind him in 2:34:26. A world age group record was set for 9-year-olds when Daven Chun finished the race in 3:19:01 breaking the old mark by nine minutes. Daven is one of the seven Chun members (they call themselves the “Hunky Bunch”) to start and finish the race – and all under four hours. June Chun, 14, won the women’s division and placed 47th overall at 3:25:31. As each runner crossed the finish line, the crowd responded with a round of applause. Everybody was cheered equally from winner Macdonald to 8-year-old Kris Hilbe, to the last finisher who was one of five cardiovascular patients, victims of past heart attacks who began running to build up their health and hearts. The course, meticulously measured off earlier in the week, began at the Aloha Tower, curved around Diamond Head, snaked out to Hawaii Kai as far as Lunalilo Home Road and then doubled back toward downtown with the finish line at Kalakaua and Monsarrat avenues. All the runners interviewed had nothing but praise for the organization of the race. Police escorts were around to prevent cars from hitting the runners and dogs from biting anybody. Water and sponges were available at every one of the nine comfort stations.
(excerpted from the Honolulu Advertiser and Honolulu Star-Bulletin, Monday, December 17, 1973) 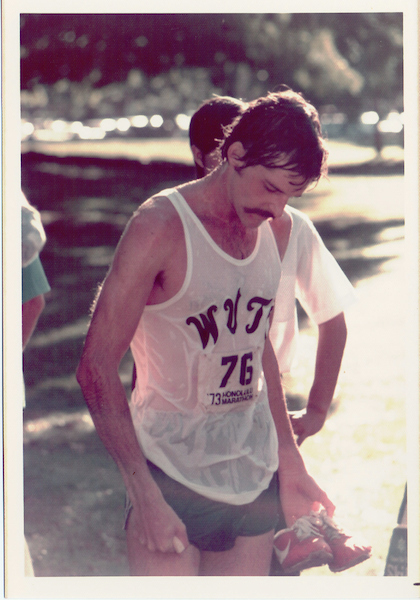 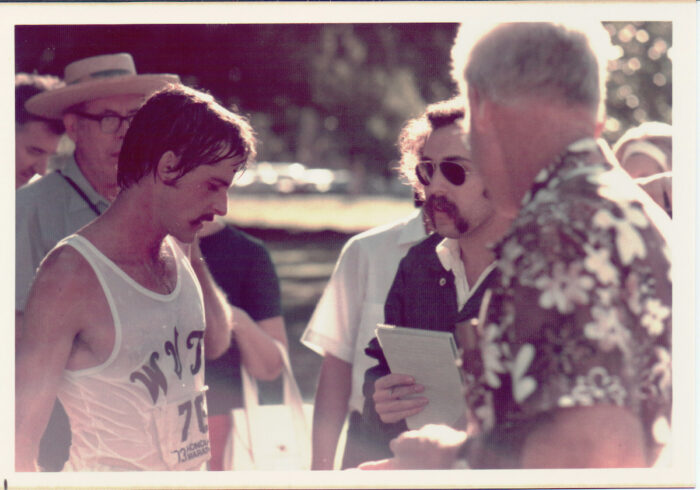 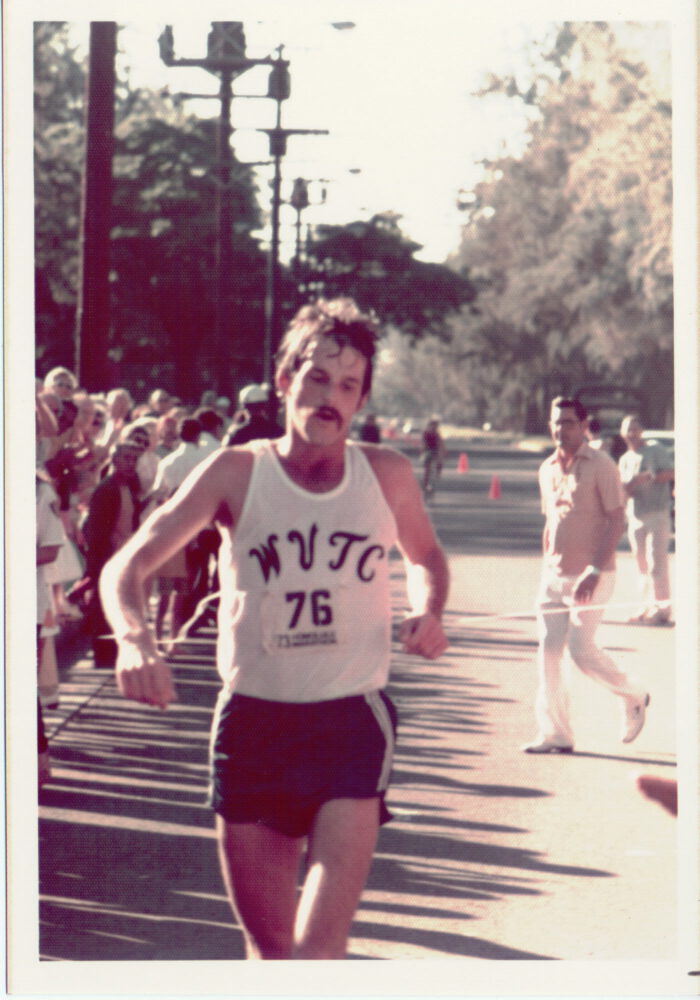 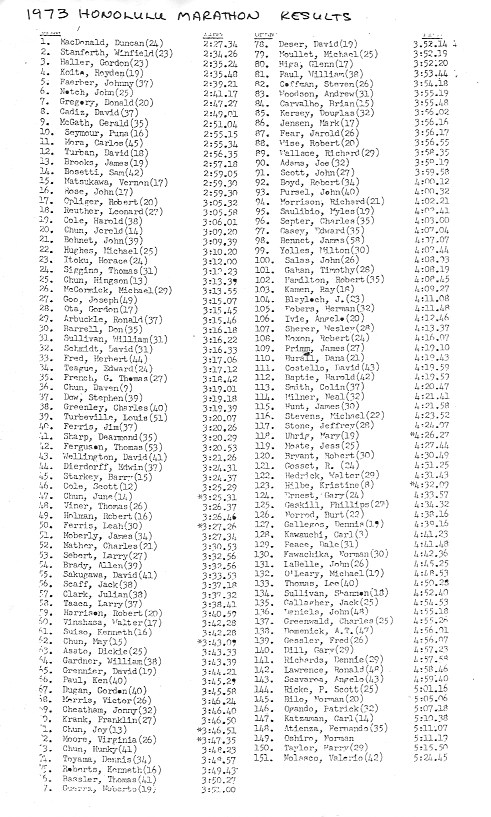