You are in: Home > News > International elite field at Kalakaua Merrie Mile in Waikiki

The field includes Edward Cheserek, USA  and Nick Willis representing New Zealand. Edward Cheserek’s 3:52.01 is the NCAA indoor mile record; his 17 NCAA titles is an NCAA record.  The Merrie Mile will be his second road mile and third professional road race.  He was 16th in his road mile debut at the New Balance Fifth Avenue Mile on 10 September, 2017. Willis is a two time Olympic medallist in the 1500m and Cheserek a 17 time NCAA champion with a mile PR of 3:52:01.

The race is a gender challenge, in which the women get a head start on the men and all fighting for prize money of $3500-1500-1000 for the first three athletes to cross the line.

Top contenders amongst the women are Nicole Sifuentes who placed second at the 2016 Merrie Mile, and Mirriam Cherop, Kenya.

The elite wave is the last of the day, following the amateur waves which begin at 7am on Saturday December 9 on Kalakaua Avenue, Honolulu.  Over 1500 runners will participate and be able to watch as the pros attempt to go under 4minutes. 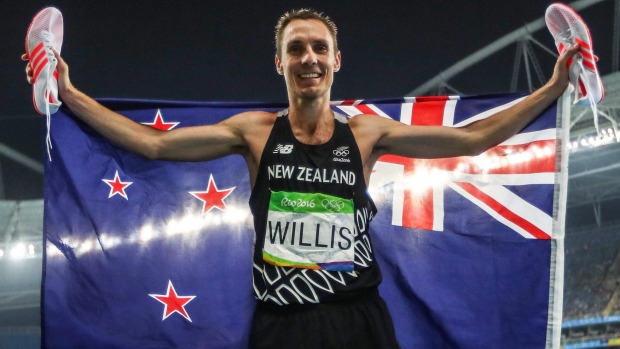