You are in: Home > News > Nick Symmonds Announces His Final Professional Race

The 2x Olympian will pursue his first marathon at the 2017 Honolulu Marathon in December.

(Eugene, Oregon, June 24, 2017) After twenty years of competitive racing, two-time Olympian, Nick Symmonds, has decided to hang up his spikes. The 33-year-old announced his retirement from the track yesterday at the 2017 USA Outdoor Track & Field Championships after failing to qualify for this year’s World Championships.

The Boise, Idaho native isn’t completely done with competition however. This morning, on his YouTube channel, the former half-miler announced that he had one final race left in his legs and that his very last competition as a pro-runner would be the 2017 Honolulu Marathon.

“To be honest, I’m not totally sure that I can do this. I guess that’s the part that gets me most excited,” says Symmonds. “The thought of running twice as far as I ever have before seems almost certainly impossible. But I have five months to prepare and if there is one thing competitive running has taught me it’s that today’s strong is tomorrow’s weak. If I train correctly my body will adapt and I will be able to cross this final item off my running bucket list.”

Symmonds is no stranger to hard training, during the peak of his pro-running career he routinely put in 70 mile weeks. He addressed training a bit in the mixed zone at the USA Track & Field Championships and announced that he will be chronicling all of his marathon preparation in a daily vlog posted to his YouTube channel.

This year’s Honolulu Marathon is scheduled to take place on the morning of December 10th. Nick certainly won’t be alone on the streets of Honolulu as over 30,000 people have signed up to participate. Symmonds, who has always enjoyed interacting with his fans, has something big planned to add another name to the list of racers.

His company, Run Gum, is offering an all-expense paid trip to Hawaii to run with him. Details on how to enter to win this once in a lifetime opportunity can be found at RunGum.com/runaloha.

To learn more about how Nick plans to prepare for this year’s Honolulu Marathon or to contact him please email press@rungum.com to set up an interview. 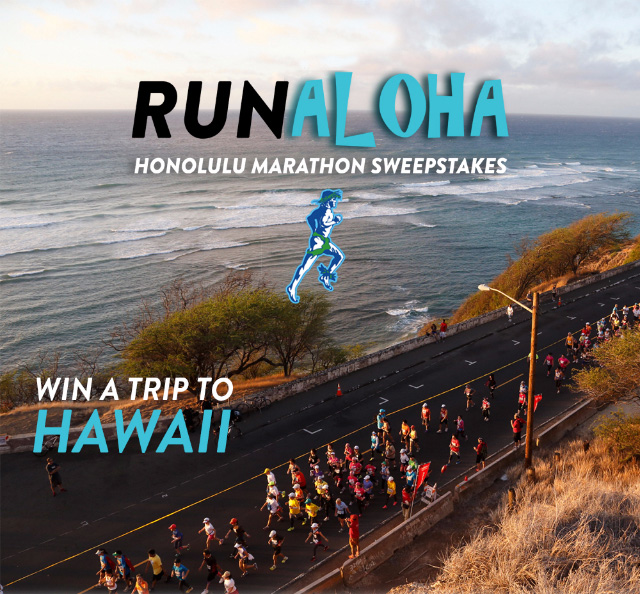